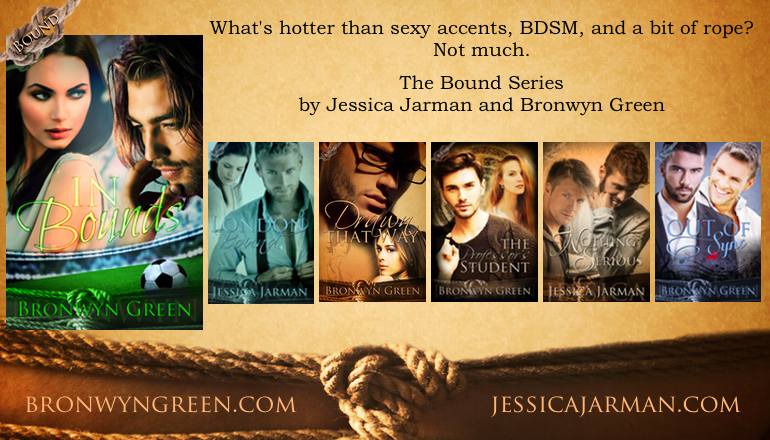 It’s been awhile since I’ve had a new release. This year has been a bit on  the rough side, which I’ll blog more about at some point, but not today. Today is all about the Sportsball.

I know, I know… The idea of me and anything sports-related is pretty unlikely.  Okay, let’s just be honest. Very unlikely. But somehow, this book wanted to be about sportsball, so here we are.

Her summer holiday just got a hell of a lot more complicated.

Ivy Wright knows several things to be true: Marrying a guy who can’t keep it in his pants is a terrible idea. So is having a drunken, secret one-night stand with her best friend’s little brother. And catching a soccer ball with one’s face never works out well for anyone. When all three collide, what was supposed to be a relaxing vacation in the English countryside becomes unbelievably awkward not to mention sexually charged.

While recovering from a potentially career-ending injury, English football player, Will Darby, runs into the one woman he’d given up hope of ever seeing again. No longer chafing at being sidelined, Will is a man on a mission. He’s never forgotten his one and only night with Ivy, and their attraction is stronger than ever.

Convincing her to give him a chance is only the first hurdle. Getting her to admit her kinks and let him give her what she needs physically and emotionally is another, but is their connection enough when her secrets keep pushing them apart?

And here’s the gorgeous cover Kris Norris made for me.

And here’s a lovely little picture excerpt that Torrance Sené made me.

Oh, and to celebrate the release of Sportsball, for a limited time, Out of Sync is on sale at Amazon for  99 cents!

Oh, and if you want to be the first to know about new releases, sales, contests, and exclusive freebies, please sign up for my and Jess Jarman’s super low volume newsletter.