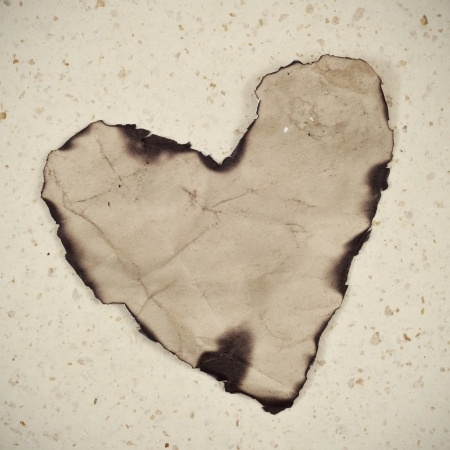 Holding the shoebox full of letters, I walked barefoot through the dew-damp grass toward the fire pit where a blaze already crackled and sat in one of the lawn chairs near the circle of stones.

I pulled the lid off the shoebox and tossed it into the flames, watching the cardboard shrivel and curl in on itself.

“Anyway,” I began again. “I just wanted to say I’m sorry.” My throat thickened, but I swallowed and pushed on, unfolding the first letter in the box. “I didn’t understand what you were trying to tell me.”

Leaning forward, I held the note over the crackling branches. Hannah’s handwriting, loopy, purple words shone brightly against the backlit paper. As I turned the letter, the flames caught along the edges, and I lifted it up and let the breeze take the burning page from my hand. I watched as the wind carried it toward the tree line at the far end of the property, hoping I wasn’t going to inadvertently start a forest fire. But it flared out, the light disappearing into the night sky.

I unfolded the next letter and did the same thing, watching as the sparks faded then turned to black as if vanishing among the stars.

“I remember the first time I got one of these–one of your notes, I mean. I couldn’t believe your mom had taken away your phone. When I hadn’t heard back from any of my texts, I thought you were mad at me and just refusing to talk. I thought maybe you were even breaking up with me. I felt kinda stupid when I realized that wasn’t it at all.”

The next burning note lifted from my hands and swirled a bit over my head before winking and going out.

“I’m so sorry.” This time, I couldn’t force away the tears, and they spilled hot down my cheeks, my throat and nose stinging with the force of the sudden bout of sobbing. I didn’t know how much of this was my fault, how much was hers and how much was her mother’s. I just knew that I’d failed her in most profound way it was possible to fail another person. I’d failed her, and no matter what I did or said now, nothing was going to change.

I unfolded the next letter reading it in the dancing light of the fire pit. This was the one where she’d told me that she hadn’t thought it was possible to love a girl until she’d met me. But she’d also said that her mother planned to send her away to some sort of inpatient counseling program, and she had no idea how long she’d be gone, and that she’d understand that I wanted to see other girls. When I’d responded, I’d told her that everything was going to work out. I told her that no matter how long it took, I’d wait for her. And I did. I waited for what seemed like forever.

Taking the last letter from the box, I slowly unfolded it. It was short. Shorter than the others. Instead of the big, loopy script I’d been accustomed to, this was tight, folding in on itself, pressed so hard into the page, it felt like a kind of braille through the back of the paper. It was still her handwriting, but it was clear that something had changed, and I couldn’t even write back to find out what. When she’d gone into treatment, there had been no forwarding address, no phone number to try to reach her, her cell phone had been shut off for months. Other than this brief note, it was as if she’d never existed.

Instead of her usual promise to see me soon, it just read:

I love you, Sarah. Never forget that. I’m sorry that things couldn’t be different.

My mom and I tried to go to her funeral. But her brothers refused to let us into the church. So I’m saying goodbye the only way I know how. Setting this last little bit of her free. My mom suggested that I might want to keep the letters, but I can’t. Hanging on to them makes it feel like I’m hanging on to her pain. Keeping it alive somehow even though she’s not here to feel it.

I held last over the flames then let the breeze take it up and away from me. As I watched the flames consume it, for the briefest of moments, the center of the page formed a heart before it was finally swallowed by the night.