Last week Thursday, my girl, Jess Jarman, and I traveled to Texas. Jenny Trout was supposed to come, but she was sick as hell, so it was just me and Jess. There were a crap ton of delays on the way there, and we finally got to the hotel sometime after midnight. We were starving because we hadn’t eaten anything other than that almonds that she cleverly packed for the plane so we ordered room service. While we were waiting for the food to arrive, I kept staring at this picture on the wall in our room.

And the following conversation happened:

Me: Huh. A sex toy. That’s a bold art choice for a hotel room.

Jess: *looks at me incredulously* That’s a spur. *more looks* We’re in Texas.

Me: Oh. Well that makes more sense, doesn’t it?

What? I was really, really tired. And hungry.

The next day was full of rain, but we got to catch up with friends and the awesome Heather Newbury Almendarez took author photos of me and Jess. I can’t wait to see them! We had to squeeze them in around the never ending rain in Austin.

The meet and greet was Friday evening and the book signing was Saturday. I got to hang with a bunch of my favorite people, meet some new favorite people and sell a bunch of books. Here’s a few pictures before the signing started. 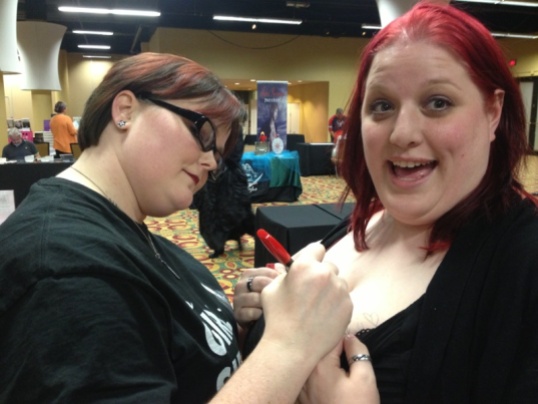 After the signing, we went out for food… (yay food!)

After that was the karaoke party where Jess injured herself pre-gaming. We bought some adult apple juice then realized they weren’t the twist-off caps. So we called down to the front desk for a bottle opener. However…they sent us a corkscrew. But Jess, being the enterprising person that she is made it work.

I put on my brave-girl pants and sang Adele’s Rumour Has It. I think it went pretty well. And fellow blogger, Paige Prince, sang all the songs and rocked it! 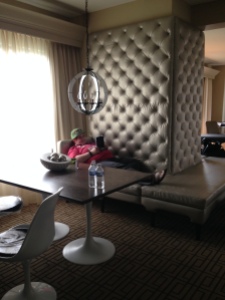 Other highlights of the trip include reading “Go the Fuck to Sleep” to our Porn Portal roomie, Joanna, as a bedtime story, followed by reciting “Where the Wild Things Are” from memory. Having the power go out in the hotel and climbing down seven flights of stairs during a tornado warning only to discover flooding at the bottom of the first floor stairs. Going out to eat, laughing our asses off, laughing so hard I got multiple asthma attacks, seeing people I don’t get to see nearly often enough, getting lost with Paige because neither of us have any sense of direction, Dwarven Erotica, not having the shuttle service show up and dealing with the surly replacement cab driver who wants to be Michael Crichton while verbally pissing on our chosen genres, having my skirt rip and show my ass at the airport, this sweet little peg-leg bird with only one foot inside the airport and me having a Will Graham moment. 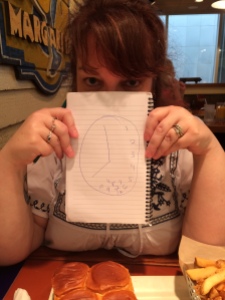 Jess’ take on our trip is here.

We went to my very favorite beach today, and had a

This morning and this evening’s view at our writ

So, I’m *still* sorting out bazillions of family

When I was a kid, my paternal grandparents had a d

It’s so freaking hot and humid out. But my neigh

Willow would wish you a Happy Caturday, but as you

In addition to being my birthday yesterday, it was

I know that for a lot of women, turning 30 can be

My super adorable and brilliant mama and my equall

Went out with hubs to watch the Flower Moon rise l

I’ve been going through old photo albums in prep

How do you start your mornings? Do you have any mo

Look at this stunning journal my girl, @tibbyarmst