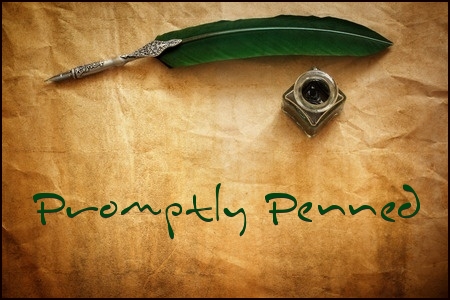 Prompt: “Wow. Can we just pretend, for one second, that you’re not a complete douchebag?”

So this prompt fits a story that I’m working on really well, so I’m just going to  throw it at these characters and see what happens.

Eliza spotted her charge in one of the glass elevators, descending from the twenty-seventh floor, looking for all the world like he was still half asleep. Though, when the doors opened and he stalked into the lobby, he looked less sleepy and more surly.

Oh, good. The diva behavior continues. This is shaping up to be a banner fucking day. “The driver’s out front.”

Angus grunted in response as he walked past her toward the revolving door. At least, she assumed it was in response. For all she knew, that could be his way of saying “good morning”. Or “fuck off”. She knew which was more likely.

Whoever said “never meet your heroes” must have been talking about Angus. And it was just her damn luck she’d been assigned to babysit him.

Following him outside, she pointed out the black SUV the publishing house had hired. He got in and immediately shut the door, leaving her to go around the other side of the vehicle. And of course, it had to be the kind she was too short to climb into comfortably. Or gracefully.

Once she was seated, the driver pulled through the half circle drive and onto the street past hordes of convention-goers, many, if not most, cosplaying their favorite characters and waiting in line for the doors to open.

Angus blinked blearily at the lines of people then sat up and turned toward her, his expression equal parts confused and accusatory. “Where are we going? I thought the whole point of staying at that particular hotel was because the con was being held there.

Eliza took a deep, slow breath, held it for a couple seconds, then slowly let it go, trying to release the sudden stress spike with it. “That is why we’re staying there. But, with all the other con guests, the hotel couldn’t accommodate your reader breakfast, so we had to book the—”

She stared at him, growing sense of dread curdling her stomach. “Your reader breakfast.”

His dark brows drew together, and annoyance gave way to confusion. He was still ridiculously gorgeous. But every time he opened his mouth, that fact was getting easier to ignore by the second.

She crossed her arms over her chest. It was either that or strangle him. “Just out of morbid curiosity, when’s the last time you actually read a message from your editor? Or your publisher?” When he didn’t respond, she continued. “The breakfast was also listed on the schedule I gave you last night…which obviously, you couldn’t be bothered to read.”

“Nope. It’s still laying on my desk with my room key.”

“Wow. Can we just pretend, for one second, that you’re not a complete douchebag?”

He glared at her. “I don’t know. Can we also pretend that you’re not a ball-busting bitch?”

She stared at him, biting back every last thing she wanted to say. Things that would likely get her fired before the end of the day.

Swallowing her internal scream, she maintained eye contact. “Eight a.m.: reader breakfast. 11 a.m.:panel: Near Future Sci-Fi — Genre of the Future or Too Close to Reality?”

“Wait…I’m on that panel? I don’t even write Near Future Sci-Fi.

That’s it for me this week. Now, I’m off to see what the other bloggers came up with for this prompt. Jess, Gwen, Kris, and Deelylah.

It’s time for another one act play about marriag

I have to admit, I really wasn’t in the mood to

Willow would wish you a Happy Caturday, but she an

#tbt to a million years ago. I’m not sure where

You know...just sitting here holding some ruby in

I got some Big Water Therapy last night. Somehow,

This past week has been one of the longest years e

A few weeks ago, @rosiejonesreads and I made grape

Kitsune isn’t ready for Halloween to be over.