In this episode, Morgana comes up with yet another plan to take down Camelot with the help of Arthur’s old enemy, Odin. Arthur killed Odin’s son, Odin had Uther killed. Odin doesn’t feel they’re even so he goes along with yet another lameass plan by Morgana because in return, he’ll get Arthur to do with what he wants. (Why does no one ever make me offers like this?) 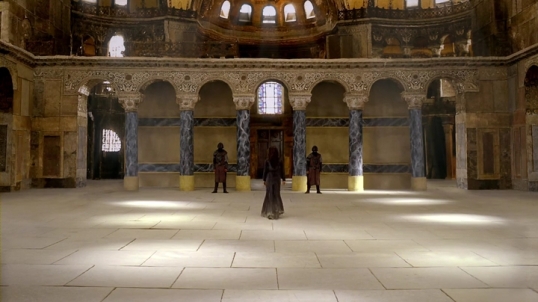 So, Morgana and Odin attack Princess Mithian and her father the king of somewhere and hold them hostage. Morgana casts an aging spell on herself to act as Mithian’s servant and forces Mithain to go to Camelot to ask Arthur for help rescuing her father. 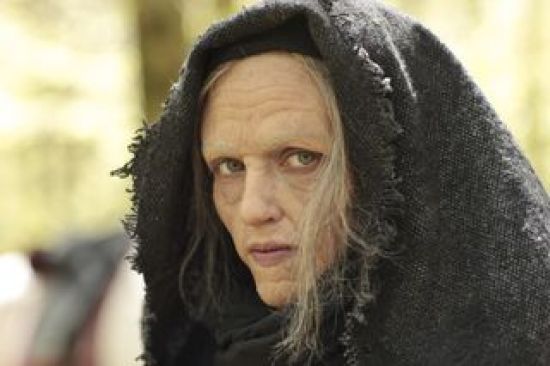 Eventually, Mithian leads Arthur, Merlin, Gaius, and the knights on a rescue mission (thinly disguised trap) and Mithian finally gets a chance to reveal the truth to Merlin that Morgana is involved by scratching her name on a rock down by the river, but it’s too late, Morgana catches him and knocks him unconscious before he can tell anyone. 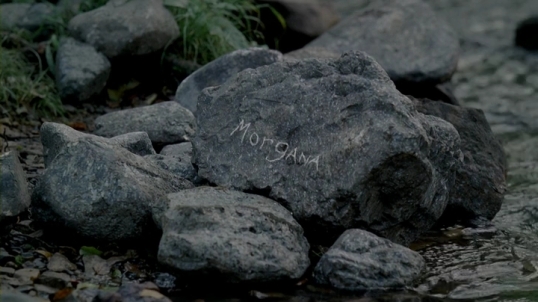 Merlin has a pretty serious magical head injury and is still out, so Arthur reluctantly leaves him behind with Gaius and Gwaine so they can continue ahead to the rescue the king of somewhere. Gaius ends up using magic to wake Merlin and Merlin tells him about Morgana and the three of them go off to rescue Arthur who’s surrounded by Odin, his men and Morgana. 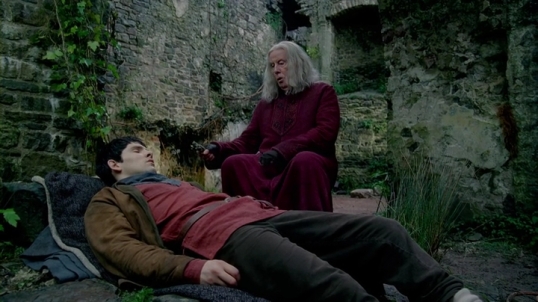 Morgana toys with Arthur for a while because you know…don’t just kill the person standing in your way to claim the one thing you’ve been fighting/plotting for for years. Go ahead and follow the Evil Villain Handbook to the letter and get your taunting monologue in.

Merlin sneaks in, creates a magical earthquake, chaos ensues, Arthur takes the opportunity to kill some bad guys as do the rest of the knights and Merlin saves Arthur’s life by killing a guy who’s about to kill Arthur.

Odin escapes, Arthur catches him, instead of killing him, he listens to Merlin’s advice about creating a peace treaty, Mithian and her dad are okay, all is forgiven and Morgana escapes once again.

1.)  If I’d written this episode… OMG, I’d give someone a damn clue. Seriously, even if it’s only Merlin and no one believes him like usual. But he using aging spells all the time. Wouldn’t he maaaayyybe think that something isn’t right about the servant, particularly when Mithian is so frightened?

2.) The thing I loved/hated most about this episode. I really, really loved that they didn’t write Gwen to be all jealous and insecure in the face of the other woman Arthur could have been happy with. Well done, BBC. I hated just how everyone was so conveniently stupid for the sake of the plot.

3.) Something you never noticed about this episode before. I didn’t notice this, but I have the lovely Tamsin Frost point it out, but fatherly sacrifice is a huge theme, not only in Merlin but a lot of BBC shows.

4.) Favorite costume. Okay, I really love both Mithian and Gwen’s nightgowns, but I also love this dress. I adore the color, the cut, the trim. Given the chance, I would wear the hell out of this dress.  You know…I might even cosplay Mithian as an excuse to make this dress.

6.) What Merthur moment did Jess have the naughtiest thoughts about? It’s got to be Merlin giving Arthur orders and the very weighted looks exchanged as a result.

7.) What made Jen lose her shit  – in a good or bad way? Everyone’s inability to use common sense and past experience thus rendering them stupid as fuck. But she did love the way they handled Gwen’s concerns over Arthur going after Odin to rescue the King of Somewhere – questioning whether it was revenge rather than going with the sadly predictable assuming Arthur was helping Mithian because he was somehow still attracted to her.

0 thoughts on “Merlin Club: Another’s Sorrow or The One Where Everyone is Dumb Because Plot(!)”