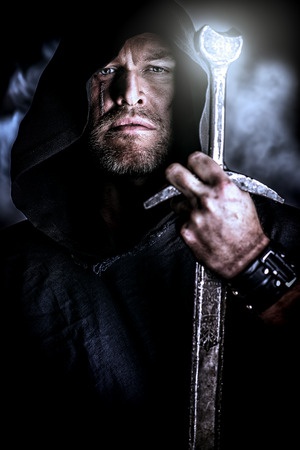 What am I even doing here? This was a terrible idea.

I shifted in the grungy, molded plastic chair and adjusted my messenger bag on my lap while surreptitiously glancing around the room. There were only a few empty seats in the misshapen circle. There had to be at least fifteen or sixteen people here. Way more than I would have figured.

A tall, lanky guy slid into the empty seat next to me as the older dude who was clearly the group’s leader stood up and cleared his throat.

The guy next to me leaned over and offered his hand, whispering, “Hey. I’m Colin.” He paused for a second, then added, “D&D – 5th Edition.”

I shook his hand and murmured, “Daisy. Delta Green.”

His eyebrows shot up slightly, and he grinned. “Nice. I figured you for Star Wars.”

I shrugged and released his hand. “Well, I’d be lying if I said I’m not also an 11th level smuggler.”

His grin widened into a full-fledged smile. “9th level spy.”

The guy up front cleared his throat again. “Welcome to RPGers Anonymous. My name is Gary. We’re coming together tonight to-”

The door flew open and slammed into the wall.  I jumped – but not as much as Gary.

“Are we too late to join in?” a guy carrying a flogger and dressed in a fake, cheap-looking cop uniform skidded into the room followed by what could only be described as a very, very adult Little Red Riding Hood wearing a corset and thigh-high leather boots. She was holding a basket full of  handcuffs and condoms. I was guessing her costume came from the “sexy” section of one of those Halloween stores that pop up every year in the middle of dying strip malls. His, too, probably.

Gary stared at them open-mouthed.

“This is the anonymous group for role playing, right?” the woman asked.

After what seemed like an inordinately long silence, someone finally said, “Not that kind of role playing.”

The man and the woman looked at each other then looked at us. “Oh,” they both said. The guy tucked the flogger behind his back, and moved toward the doorway.

“Sorry to interrupt,” the woman added, pulling the door shut behind them.

Gary cleared his throat again, his face a little flushed and sweaty looking. “As I was saying, my name is Gary, and I’m a role playing game addict.” He gestured to the guy next to him, who, now that I was looking, seemed to resemble Gary quite a bit. “Do you want to introduce yourself?”

The man glared at Gary, then faced the group. “My name is Anastasia Rozailia Katerina Henrietta Annalisa Magdalena Asylume, and I’m an Acolyte of Kelemvor, God of the Dead.”

“Fine. I’m Ted. And I think this whole thing is bullshit. I don’t have an addiction.”

“You do,” Gary insisted.

“I’m not the one who lost my job because I couldn’t be arsed to go to work because I was too busy creating a Shadowrun campaign.”

Several people got up and refilled their coffee cups as the argument continued to rage, and Colin offered me a granola bar from his backpack.

Opening it, I asked, “Is this…how it usually goes?”

Colin nodded. “Pretty much. Mostly, I show up for the entertainment.” He nodded toward Gary and Ted who were still arguing. “And to meet potential new party members. So, tell me about your Delta Green character.”

I turned toward him. “Okay, so picture Helen Mirren as a nun–wearing a 1920’s style Sisters of Mercy habit.”

“Right?! Anyway, so my name is Sister Mary Clotilde. Code name: Mother Superior. I’m based in Brooklyn, and I’m in charge of a small group of specialized…miscreants.”

He leaned forward. “I like it. What about your skills?”

“I’m fluent in Latin. And academically fluent in Greek, Gaelic, and Aramaic. I also bootleg church wine to speakeasies  – prohibition and all. Though…that’s not really a skill. But I have a hell of an informant network.”

He laughed, and I decided I liked the sound.

“You know those fifteen-decade chaplet rosaries that nuns wear around the waist?”

“There’s a poison-tipped blade hidden in the crucifix.”

I grinned. “And the beads themselves double as a garrote.”

“Even better.” His brow furrowed for a moment. “You seem way too into this character,” he glanced back at Gary who looked like he was about to start throwing punches, “and way too sane to be coming to a 12 step program for gaming…”

Glancing around, I leaned closer. “You caught me. We lost a party member. She got transferred out of state, so I’m looking for a replacement.”

Colin reached into his bag and pulled out a dice pouch and shook it. All heads whipped in our direction like velociraptors scenting fresh meat at the siren song of clicking die. “You got the books?”

I patted my messenger bag. “And blank character sheets.”

“There’s a diner with great pie right around the corner.”

He grabbed my hand and his backpack, and I followed him out the door.

Kris wrote a story for this picture, too. Be sure to check it out by clicking her name.