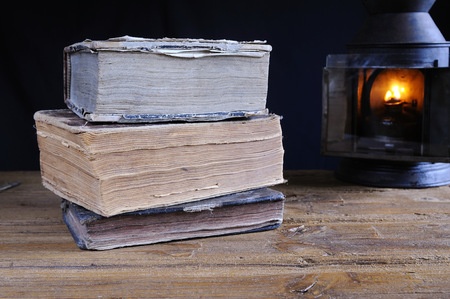 I would like to tell you that this story was inspired by too much cold medication, but…I’m not sick. I’d also like to tell you that it was the result of a fever dream, but…nope. Hell, I’d even like to say that I followed Hemingway’s advice and wrote drunk. But, alas…that’s not true either. This is just where tonight’s bizarre train of thought took me. Yeah…I don’t know what the fuck, either.

I stood in front of the crumbling cement steps of a house that looked like it hadn’t seen a good day since the early 1950s. The majority of the paint had peeled away from the clapboards long ago, and the few specks that were left looked like they might have been a pale blue at one point. Tall, dried weeds, covered in a lacy layer of frost brushed across the window sill as the icy breeze blew in off the lake.

Earn some extra money, she said.

Help out the old lady down the street, she said.

Sure, it had sounded great when my stepmom had suggested it.

However, now that I was here, staring at windows so grimy I couldn’t possibly hope to see through them without hosing down the glass with a power washer, I was rethinking my definition of “great”.

I was about to go inside the house of the town’s resident whackadoo. Who knew what was in here…well, besides cats? A crapton of them. Because this was also the home of the town’s resident cat lady, Bibianna Boulton. And that was why I was here. To feed and water the cats, clean the litter boxes, and show them some attention. Their owner was in the hospital, and apparently, she had no friends or family. So here I was.

Forcing myself up the front steps, I fished the house key out of my pocket and shoved it into the lock, wiggling it in the keyhole until I could coax the tumblr over. Frantic meowing and scratching sounded on the other side, and I carefully pushed inside to find myself surrounded by at least ten or twelve cats, most of them clamoring for attention. Or maybe it was food. I wasn’t sure.

I’d known the neighbor lady was a little eccentric. After all, she only wore clothes with cats on them. All of her gaudy old lady jewelry? Also cats. I bagged her groceries every week, and every week she had on some version of the cat lady uniform.

Aaaaaaaand apparently they filled the living room, too, I noticed, as I moved farther into the house. There were chickens every where. Chickens and books. Now that I looked closer, there were even more books than there were chickens. They were crammed onto bookshelves, piled on end tables, chairs and the floor. The china cabinet had books instead of dishes.

After feeding the cats and cleaning all eight litter boxes, (I supposed I should be grateful that she’d chose to keep pet cats instead of chickens–live chickens were bastards) I sat on the only empty seat in the house–one of the chairs at scarred, wood table. Almost every other surface was either covered in cats, books, newspapers and piles of mail. And to be honest, I was a little concerned about what might be lurking underneath the papers. Concerned enough that I opted not to move them.

A huge gray tabby hopped up on to my lap and made herself comfortable while I petted her and pulled out my phone. No signal. Didn’t that just figure? I scanned the room again. My gaze drifted to the pile of books on the table in front of me. An old metal oil lantern sat next to them along with a small box of matches. The books looked beyond old–turn of the century old or older. Who left antique books out just laying around? Obviously the same person who had the market cornered on decorative chickens.

I grabbed the volume from the top of the pile and gingerly opened it. A small plume of dust escaped as I did, and I sneezed. The cat on my lap hissed as the motion jostled her. “I’m sorry Your Highness,” I muttered, as I squinted at the faded, spidery handwriting that crept web-like across the inside of the cover.

This book is presented to Bibianna Boulton on the occasion of her 12th birthday. June 23rd, 1889. May the fair folk ever watch over you and keep you young.

Apparently, the crazy cat and chicken lady had been named after the relative who’d owned the book. Either that, or she was well over a hundred and twenty years old. Movement on one of the kitchen counters caught my eye. I looked up expecting to see one of the cats, but there were only chickens gazing at me with their dead-eyed stare. Though, I was sure the orange one had been facing in the opposite direction when I’d come in.

Shaking off my paranoia, I turned back to the book. Between the filth covered windows and the setting sun, it was getting almost too dark to read. I struck a match and lit the small lantern on the table, pulling it closer as I turned the page.

The book seemed part storybook and spell book, the pages decorated with elaborate, hand inked drawings. Weirdly, there seemed to be chickens included in nearly every drawing–whether they seemed to go with ehe scene or not. Maybe this book was where she’d gotten the urge to collect chickens. Or, maybe she’d inherited some of them from the past Bibianna Boulton.

Curious, I turned the pages faster and faster, no longer reading the text. Instead, I searched for the chicken or chickens in every drawing. The deeper I got into the text, the harder it was to turn the pages. It was as if my fingers were losing their dexterity, but it didn’t stop me from playing the poultry version of Where’s Waldo.

It was getting harder to see the pages. I turned up the wick on the lantern as best I could, but the increased light didn’t really seem to help. However, turning my head to the side seemed to. I knew I should be getting back home for supper, but I couldn’t stop flipping through the book. It was almost a compulsion.

The cat that had been on my lap shifted and now sat next to me on the chair, licking my head. But…how was that even possible. I turned to look at it and its face filled my entire field of vision. Either there was some kind of hallucinogenic coating the pages of that book, or the cat was now my size. What the hell…?

Before I could stand up and get away from the now gigantic cat, I heard the back door creak open. I tried to see who was coming in, but instead of the clear view of the door I’d had before, now all I could see were the seat of the chair tucked under the table opposite me.

Had I shrunk? No. That was stupid. Not to mention impossible. I’d fallen asleep, and I was dreaming.

The footsteps drew closer, and a young woman approached me. She looked vaguely familiar, but I couldn’t place her, and I had to tilt my head at an unnatural-feeling angle to see her. I opened my mouth to ask who she was, but the only sound that emerged was a strangled-sounding squawk.

She smiled and leaned down toward me, rhinestone cat earrings glittering in the lantern light. Somehow, it was the woman who lived here. The one whose groceries I bagged every week. But she wasn’t old, anymore. What the hell was even happening here?

I tried to back away from her, but I couldn’t move. My entire body was suddenly paralyzed. The woman reached out and plucked me from the chair and lifted me up. She reached down to pet the cat that had been on my lap, and said, “We found a nice young one this time, didn’t we?” She looked at me and added, “I won’t need another for at least a year.”

As she turned, I caught sight of us in the glass of the china cabinet. Well, I caught sight of Bibianna. She was now holding a small, red glass chicken. Walking into the kitchen, she set me down next to the orange one. “I think you’ll do nicely here.”

Okay…so let’s check out what the other bloggers have written, because this one was just weird as fuck.