Last week, I was in the wilds of Michigan’s Upper Peninsula for our annual family vacation which involves my fam, my dad and stepmom, one of my brothers and his family and my two stepbrothers and their families.

It also involved zero wifi and cell coverage that was so bad that I had to drive over 30 miles to make a phone call. #PureMichigan

Anyway, I thought I’d share some of the highlights of the trip.

We stayed at a little resort on on South Manistique Lake which is in the middle of nowhere. There were a ton of ducks on the lake and several mama ducks with their broods. They were super friendly and came right up on shore. It was a pretty quiet lake – very peaceful and relaxing. The sunsets were all gorgeous. 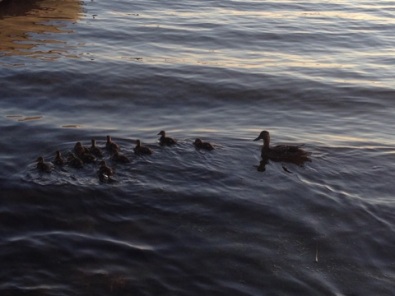 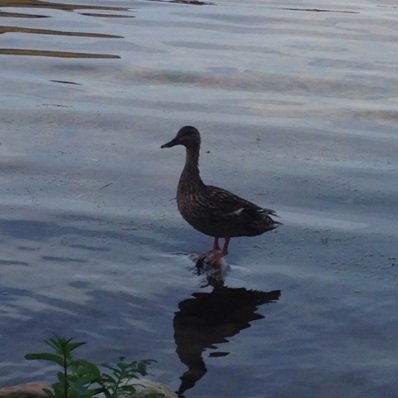 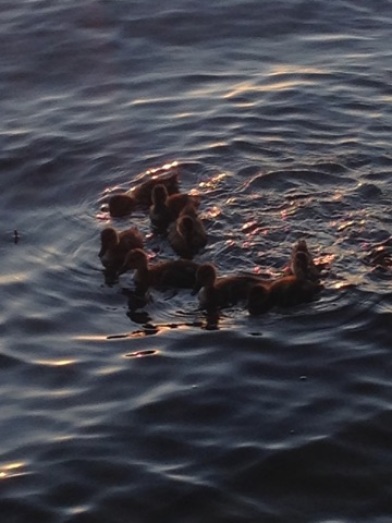 One of the highlights of the trip was taking the Pictured Rocks sunset cruise. Pictured Rocks is a stretch of protected Lake Superior shoreline. There are amazing sandstone cliffs and caves and they’re colored by the various minerals and tannins that seep through the rock like manganese, copper, iron and calcium.

If you’re new to this blog, I love rocks. A lot. If you’re not new to this blog, you know this and are probably rolling your eyes. I loved every second of this cruise. The lake was as calm as I’ve ever seen it, and the scenery was stunning. If you’re ever in the U.P., do yourself a favor and take this boat ride (Sit on the right side of the boat for the best pictures.) I have probably hundreds of pictures from this ride, but don’t worry. I wouldn’t do that to you. I’ll just post a few. 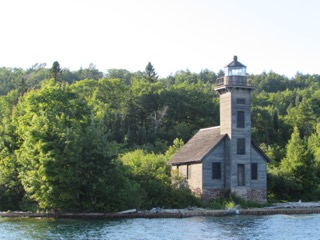 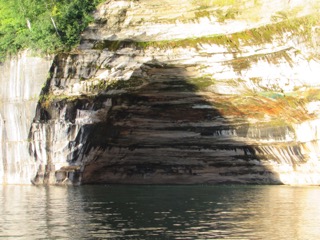 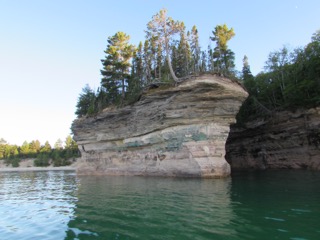 We also visited the Shipwreck Museum and the beach at Whitefish Point (The Edmund Fitzgerald’s wreck site is nearby at a depth of about 530 feet.) The museum now houses the bell from the Edmund Fitzgerald after a new one was installed on the ship, engraved with the names of the 29 sailors lost. 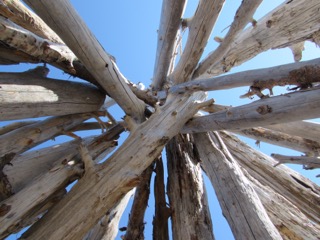 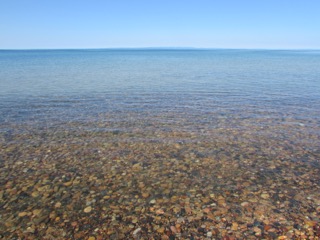 And one of my favorite moments of vacation was PETTING A BEAR CUB!!! Oswald Bear Ranch is a bear sanctuary. Orphaned cubs are often brought to Oswald’s where they can live out their lives in peace and the people who run the sanctuary fund it by allowing people to come in and observe the bears and for an additional (but totally worth it) fee, pet a bear cub. But these are a couple bears I was really fond of. The little guy who thinks that sign is bullshit is named Brooks and he’s the cub we got to pet. And the other bear is named Charlie. But I call him Zen Bear. He’s so chill. 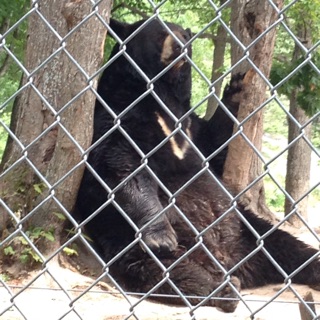 I got a bunch of reading done on vacation and quite a bit of knitting. Oh, and my niece did my hair for me so I could be a faery like her. 🙂 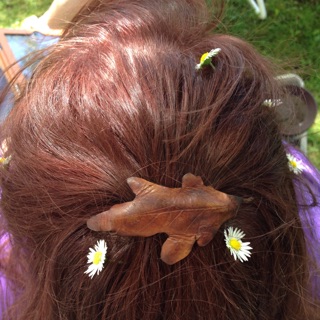 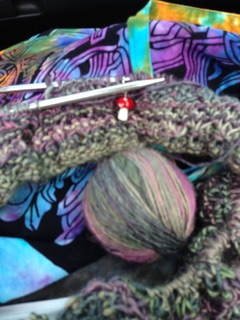 But, eventually, we had to return to the Lower Peninsula…and reality. Which translates as I need to clean my house and finish writing a couple books and get a pile of editing done. I suppose I should get to it. 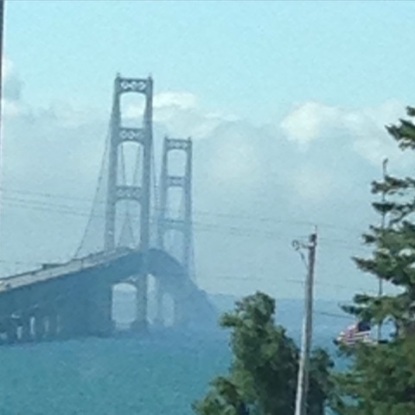 Willow would wish you a Happy Caturday, but am she

Home from visiting with my dad and stepmom at the

My dad is back in the hospital. He went in yesterd

Welp, looks like my job and my myriad hobbies are

#tbt If you’ve been following along with my dad

Thank you so much for all your love, hugs, positiv

See this cutie? This is my dad, and he’s having

I meant to share this yesterday since it was Valen

The cold weather makes me want soup all the time,

So… It’s come to this. Carole King’s Tape

I was so tired this morning, I fell back to sleep

Look at this awesome Mandalorian drawing my son di

Princess Willow is *not* pleased that she has to s

I spotted this drawing the other day when I was ru

When my daughter was little, she used to like to s