The title of this post is, unfortunately, inaccurate. I remembered that she’s in one more episode, but it’s not enough, damn it.

Okay, so this episode opens with Gwen getting kidnapped by slavers from the village she was banished to. The slaver is in cahoots with Morgana who’s planning yet another tiresome attack on Camelot. Meanwhile, Arthur is entertaining a princess from another kingdom with whom Camelot is having a long term land dispute. He plans to marry her to solve the dispute and unite their kingdoms. Greasy Agravaine kills a page or someone loyal to Arthur in order to get his hands on some plans to give to Morgana to help her plan her attack. 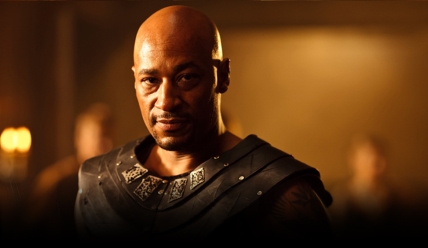 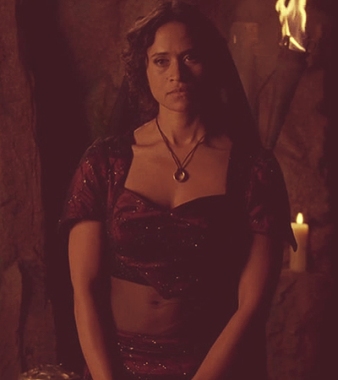 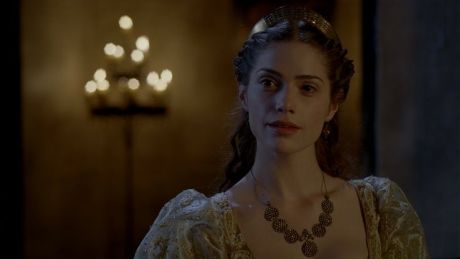 Gwen overhears Morgana’s discussion with the slaver and accidentally reveals herself. She escapes and runs into the woods toward Camelot to warn Arthur while Arthur and Mithian (the princess) are having a lovely time getting to know one another, and they really like each other. Mithian is fantastic. Merlin’s having anxiety because he thinks that maybe he should prevent them from getting married because Gwen is supposed to be queen, and meanwhile everyone goes on a celebratory royal hunt.

Morgana finally runs Gwen down in the woods, and rips off Gwen’s engagement ring from Arthur and turns her into a doe. Arthur comes upon Gwen in her doe form and shoots at her, but Merlin has already figured out the deer is Gwen and magically makes Arthur miss. Mithian takes aim and hits the doe. Arthur goes to look for it and finds the rind he gave Gwen and gets all broody and the don’t go after the deer. 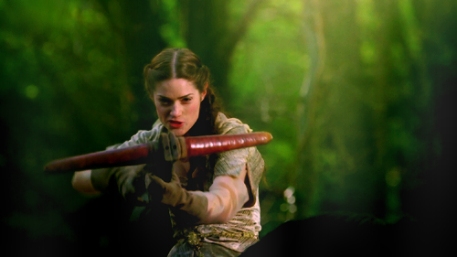 Merlin finds Gwen later and heals her and Gwen tell him about Morgana’s planned attack and the stolen plans etc. He begs her to come back to Camelot, but she won’t. Merlin tells Arthur about the plans and GA’s duplicity. GA has sneaked the plans back in and Arthur is pissed at Merlin for accusing his uncle.

Arthur is also emotionally conflicted. Now that he’s found Gwen’s ring, he realizes that he’s still in love with her and can’t marry Mithian. Mithian is a bit angry and sad but she does end up getting it when he explains to her. It doesn’t hurt that he gives her the contested lands.

1.)  If I’d written this episode… I think it would have Arthur less clueless about his uncle, or at the very least, Agravaine less obvious about his scheming. At this point, I don’t see how Arthur doesn’t see this.

2.) The thing I loved/hated most about this episode. I love how genuinely kind Mithian is to Merlin – unlike most of the other visiting royalty, Mithian is pretty awesome. I loved the chemistry between Mithian and Arthur. And I loved that he gave her the disputed land *and* explained that he was in love with someone else rather than sending her off with no explanation. I really hated literally everything about Agravaine.

3.) Something you never noticed about this episode before. When Gwen told Merlin Morgana had enchanted her, it didn’t make him think even for a second that perhaps she’d also been enchanted during the whole Lancelot fiasco.

4.) Favorite costume. Don’t really have one this week. Mithian’s riding habit wasn’t bad, but I would have loved to have seen it in a better (for her) color and different fabric. 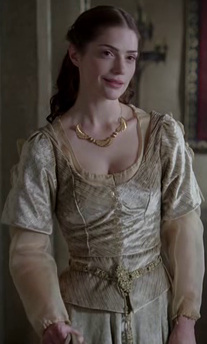 6.) What Merthur moment did Jess have the naughtiest thoughts about? I think when Arthur was so conflicted and he genuinely asked Merlin for help in figuring out what to do, because he genuinely expresses how much he values Merlin’s counsel.

7.) What made Jen lose her shit  – in a good or bad way? Missing  Merlin Club entirely because she wandered away and got high and played Mario Cart and completely forgot what day it was.

0 thoughts on “Merlin Club: The Hunter’s Heart or The One Where They Introduce a Character I Really Like and Immediately Get Rid of Her”