I am really, really not a fan of this episode. I might hate it just as much as last week’s. Actually, I think I hate it even more. So this recap will likely be really short.

The basic story line is that Arthur decides that he’s going to propose to Gwen despite the fact that she’s a commoner and informs his uncle, Greasy Agravaine, of that fact. GA immediately, as Morgana’s greasy lapdog, runs to tell her. Arthur proposes anyway, and it’s lovely. 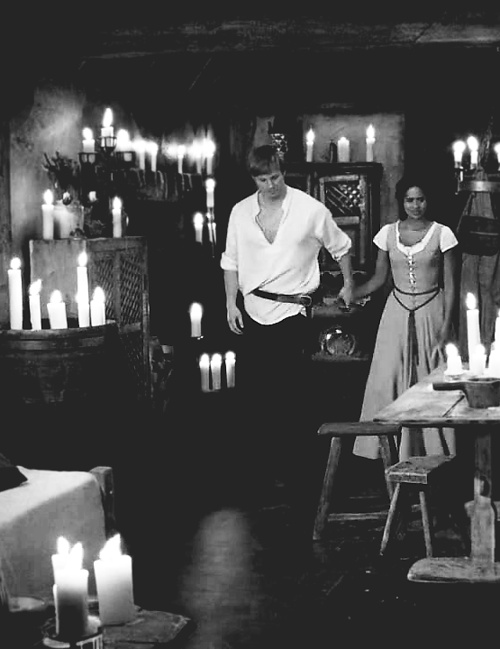 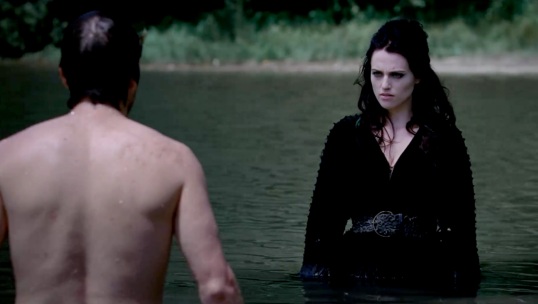 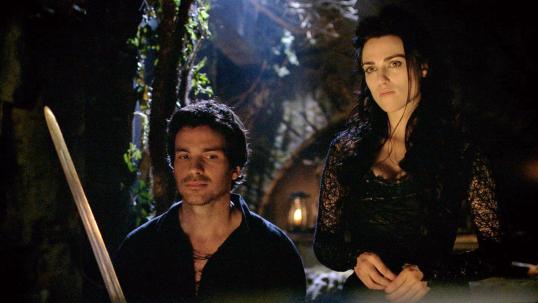 Merlin figures out that something is messed up and deduces that Lancelot is a shade – a copy of a dead person – using his handy dandy shade detector spell. He thinks Lancelot has been sent to kill Arthur, but finally figures out something else is going on. 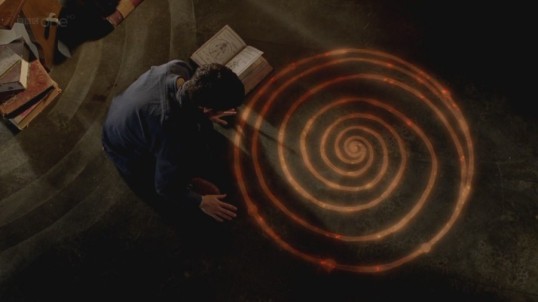 When Lancelot and Gwen meet to make out, GA alerts Arthur and Arthur discovers them. 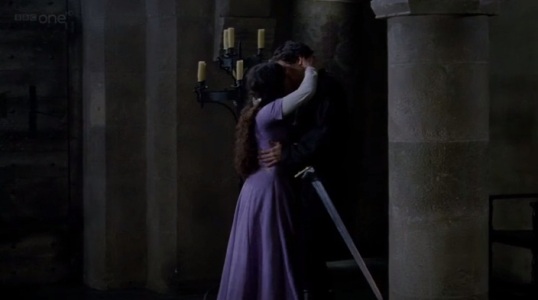 He attacks Lancelot but Gwen breaks up the sword fight, and Arthur has Gwen thrown into the dungeon where she comes to her senses when she removes the bracelet that had been a gift from Lancelot. But the damage is done. Lancelot, under Morgana’s orders commits suicide. Arthur who’s emotionally gutted, banishes Gwen (also emotionally gutted) and sends Lancelot off to be properly laid to rest. 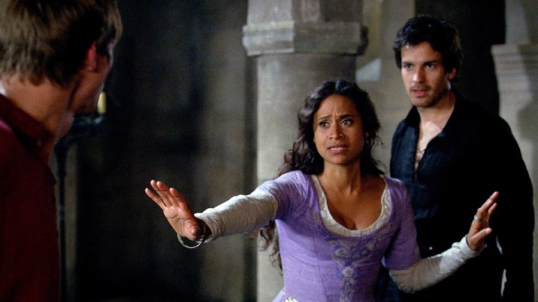 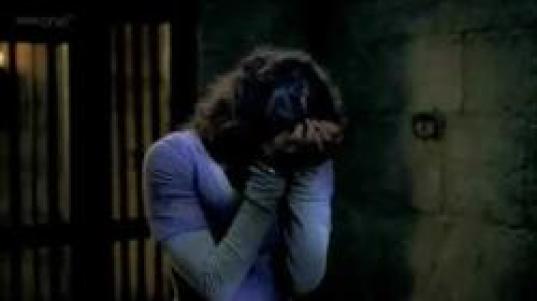 Meanwhile no one ever knows that Gwen was enchanted or that Lancelot wasn’t really Lancelot. 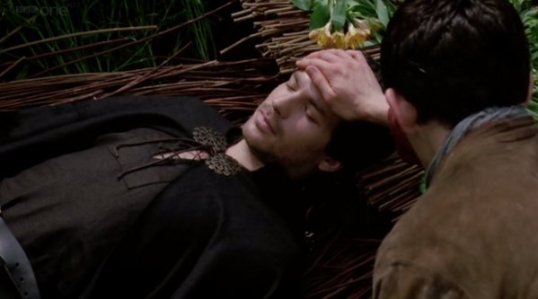 1.)  If I’d written this episode… So. Many. Things. But, the biggest thing is that I wouldn’t have made Morgana irretrievably stupid. She has this giant magical coin from her sister Morgause that, used properly,will grant any wish. What does she wish for? To create a shade of Lancelot to fuck things up for Gwen and Arthur. Seriously. You’ve got the chance to wish for anything, and you wish for something that will create a lameass plot twist when you could wish to be queen of Camelot? Or perhaps to restore magic to Camelot? Any of the effing things you want to happen, you could wish for, but no. You wish for the shade of a dead guy that your future sister-in-law once had the hots for.

There was an easy fix for this fuckery, Merlin writing team. You could have just made it so the magic raised shades to do the bidding of the living. There are all kinds of single use magical artifacts floating around Camelot. Why not that? Why write Morgana, who in the beginning of the series was a highly intelligent person, to be so insanely short-sighted and lacking when it comes to implementing her evil plans? Did she suffer a closed head injury during her last fight with Merlin that you forgot to tell us about? (Though, granted, she’d been making poor fucking choices before then.) OMG – I am so angry over sloppy, shitty writing. I’m so angry that I must use the “Real sick of your shit” Merlin picture. 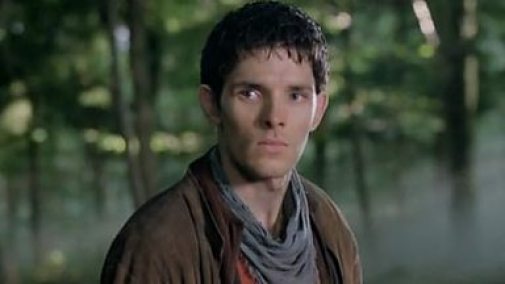 2.) The thing I loved/hated most about this episode. Hated: I hated Greasy Agravaine, but that’s not new. Really, hated his disturbing, almost sexually aroused, smile when he handed Lancelot the note from Morgana ordering him to kill himself. (If only she’d give one to Agravaine.) I loathed that no one bothered to figure out that Gwen was enchanted. In any other episode, Merlin and Gaius would have been all over that shit. Even if Gaius were willing to ignore the obvious (as he so often is) Merlin would have figured it the fuck out. But no. The writers chose (for no apparent reason) to put blinders on Merlin. Also loathed that once afuckingain, no one bothered to tell Arthur the truth about what went down. So he goes to his eventual grave thinking that the love of his life and one of his best friends betrayed him. I’m sure there’s more I hated, but this is plenty for this rant.  Loved: Arthur’s proposal and Gwen’s acceptance – just lovely.

3.) Something you never noticed about this episode before. Gwen was wearing her same cape, jacket thing that I love so much when she leaves Camelot. 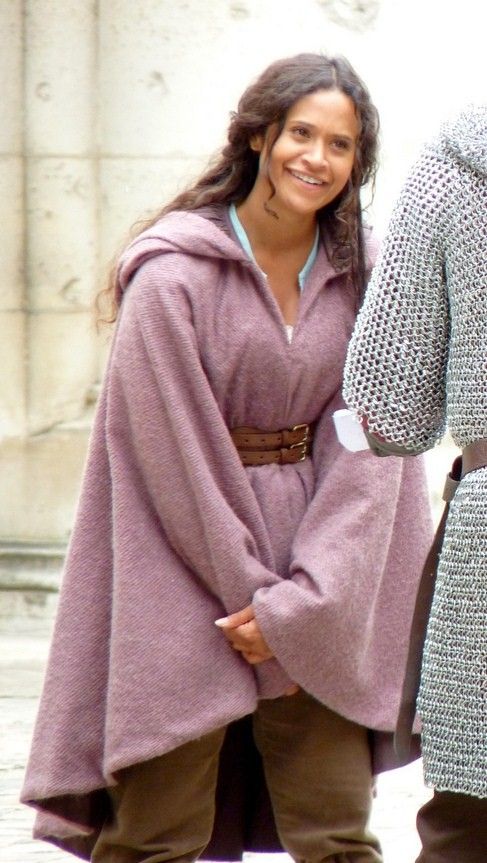 5.) Here is some proof of some random head canon I’ve created. Nothing this week. Other than the writers are fuckwits who are out to destroy all the women of Camelot. And also Greasy Agravaine has a really unhealthy, possible D/s relationship with Morgana as his domme. (Which should not be interpreted as all D/s relationships are unhealthy. But this one is.”

6.) What Merthur moment did Jess have the naughtiest thoughts about? Man – there wasn’t much at all this week. Maybe when Merlin was trying to talk Arthur into forgiving Gwen and putting aside his own happiness in hope’s of his boyfriend’s happiness.

7.) What made Jen lose her shit  – in a good or bad way? The writer’s insistence at turning Morgana into a damn idiot.

0 thoughts on “Merlin Club: Lancelot du Lac or The One Where the Writers Fuck Over All the Women on the Show”