Gather ’round my loves, and let me tell you a story.

On July 6th, 1994, I went to a Tori Amos concert with a friend. He had this other friend, that he was dying for me to meet. He was convinced that we would get along perfectly, so he arranged for all of us to go to the concert together.

I was ginormously pregnant with my first child. (Said child was born 2 months later, almost to the day.) It was hot and humid as fuck – because July…in Michigan. Also it was just unnaturally awful that year.

I was wearing a dark plum, gauzy maternity dress that I’d made. It was long and flowy (any of you who’ve met me in person are unsurprised) and the top buttoned because I planned to use it after the pregnancy for nursing. There wear also flip flops. Because swollen feet and ankles.

I was so ridiculously huge that I was waddling as only a hugely pregnant woman can. My boobs grew three sizes that day between the time I put that dress on in the morning and the time I met them for supper. There was serious button gape-age. I was hot. And sweaty. And crabby. No…I was downright bitchy. Just…awful.

When our friend introduced us, I sorta wanted to cry. Here before me, was the cutest little alterna-chick I’d ever seen. Let me tell you about Roxanne. She was (and still is) fucking adorable. On July 6th, 1994, she was wearing this longish, sleeveless, creamy taupe-ish crocheted sheath dress with big old black Doc Marten boots, a nose ring and various other piercings and tattoos. Also, she was bald. Utterly bald. And all I could think was Look at this adorable little waif. She’s absolutely gorgeous and even her head is a pretty shape. Fuck me. Also, despite the unreasonable heat, she was not sweating.  Bitch.

Despite my wild jealousy, and hormonal ravings, I fell in love with her immediately. And after twenty-one years, that love is bigger than ever. She’s hilariously funny. Even when I’m not pregnant, she makes me pee my pants. She’s honestly one of the most brilliant people I’ve ever met – wickedly smart and emotionally perceptive. She’s introduced me to some of my favorite books and music, and we often have conversations speaking entirely in metaphor. She’s also the most amazing cook I’ve ever met and helps me with all things kitchen-y.

At this point, you might be wondering to yourself if she’s perfect. She is not, in fact, perfect. She doesn’t like The Princess Bride. No. Not even a little. She also hates musical theatre.

But here’s the funny thing – I found out very recently. In spite of my godawful bitchiness, she liked me right away, too. Apparently, I amused her. And the whole lumbering, sweaty, pregnant woman thing? She thought was “radiant”.

With a straight face.

I like to think, that like most of my amazing friends, Roxanne and I were meant to find each other. And I cannot imagine stumbling through the last twenty-one insane years without her.

And now that our friendship is officially old enough to go off and drink on its own, I hope you’ll join us with cheers of, “More wine!” while we both prepare for another school year of sitting on the Homework Throne, forcing our children to do their schoolwork. (You’ll notice…no one is challenging us for our thrones…fuckers.) 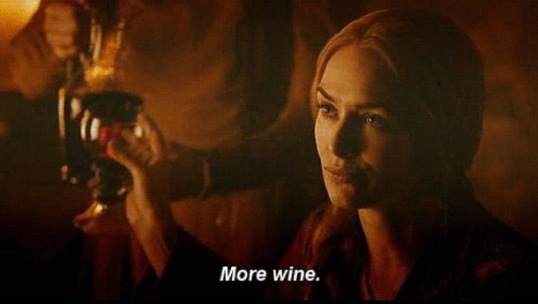 A few weeks ago, I finally got around to making ma

Look at my gorgeous luna hibiscus that just bloome

Look at this sweet boy! I went to visit my girl, @

Tonight, I made French onion mushroom soup with ho

I had an awesome morning. I went to Gaia Cafe for

My amazing niece will be pulling her first bridesm

My daughter is on a roll with this whole canning t

Kitsune (aka Contractor Kitty) would wish you a Ha

Went to the Yassou Greek Festival tonight with my